What are my athletes using?

It’s competition time again. A question I’m often asked is if DNP is effective for fat loss? Umm, not only is DNP effective, DNP is probably the only drug that lives up to its hype. I have seen people go from soft to lean in literally 30 days or less. Careful though. Dosing DNP too high can and will land you in a coffin. A dose of 2-5 mg per kilogram of bodyweight is an effective dose, but because the LD50 and an effective dose are so close to one another, I suggest a dose of no more than 2 mg per kilogram the first time you use DNP. That would be 200 mg per day for a 100 kg bodybuilder. Take DNP once daily in the morning upon wakening.

What are my athletes doing to stay safe?

– twice annually if you are on testosterone replacement therapy

– four times annually if you are using AAS and/or other PEDs above 200 mg total per week.

– every 30 days (or less of the context permits) if you are using DNP, EPO, extremely high doses of AAS or AAS that are commonly known to cause toxicity issues.

– check now if you are feeling unwell since starting your most recent cycle, no matter what the dose.

– check before every cycle. This sounds like some common sense advice, but you’d be amazed at how many emails I receive daily with users who do not bother to check blood work and blood pressure pre-cycle. I won’t work with you without it.

What to check? Good question. Check out my comprehensive guide to monitoring health while using AAS and other PEDs in our blog section here

What drugs are my athletes taking to counteract the negative effects of another drug?

Normally, I would advise to minimise the use of ancillary drugs because of the added variables we must then consider if something goes wrong. If something goes wrong and you are taking a cocktail of drugs, it can be hard to pin point the cause. The less drugs we need, the better. Unfortunately, there are times where we may need to add drug B to mitigate the negative effects of drug A because drug A is so effective at doing its thing. DNP is one of those drugs that is extremely effective at doing its thing. Unfortunately, DNP does not come without side effects at even the lowest of doses. The main side effect that debilitates athletes using DNP is fatigue. Fatigue isn’t exactly in line with being an athlete who needs all the energy they can get. The solution? Micro dosing Modafinil. As little as 25-50 mg per day when needed can be enough to stay focused and get you through your day while DNP literally melts fat off your body.

What did my athletes learn this week?

I spoke about the LD50 in the first bullet point. The LD50 is an abbreviation for “lethal dose 50.” The LD50 is the estimated dose of a compound that when ingested will kill 50% of the population. The LD50 in humans for caffeine is equivalent to about 150 cups of coffee. That means that if 10 subjects were to ingest 150 cups of coffee in a single sitting, then 5 of them would likely be dead and the other 5 would likely survive. Although 5 of the subjects would survive, they wouldn’t be in very good shape you’d imagine. The LD50 is important to know if you are a drug using athlete, especially when drugs such as DNP are used, which have a low LD50 compared to the effective dose for desired effects. Does anyone know the LD50 of DNP in humans? Email me. The first 10 people to be right will receive a discount code for being good scientists.

What myth did my athletes bust this week?

I received an overwhelming number of emails regarding my latest article which you can find here. I was pleasantly surprised to see so many positive emails and testimonials that were in line with my recommendations for a first timer cycle. It’s good to see that I have a following of nuanced human beings who are also not afraid to question the status quo. Keep questioning things my fellow scientists. Question me, too. I welcome the challenges and changes that will come to this field.

Until next week ladies and gentlemen. Cheers! 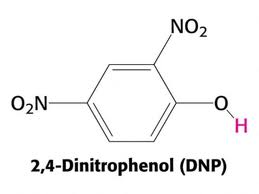 Using Lantus to get big without big worries to your health

Metformin, advantages over injecting insulin & using whilst on HGH

Please email us at austeroids.is@protonmail.com for all enquiries.